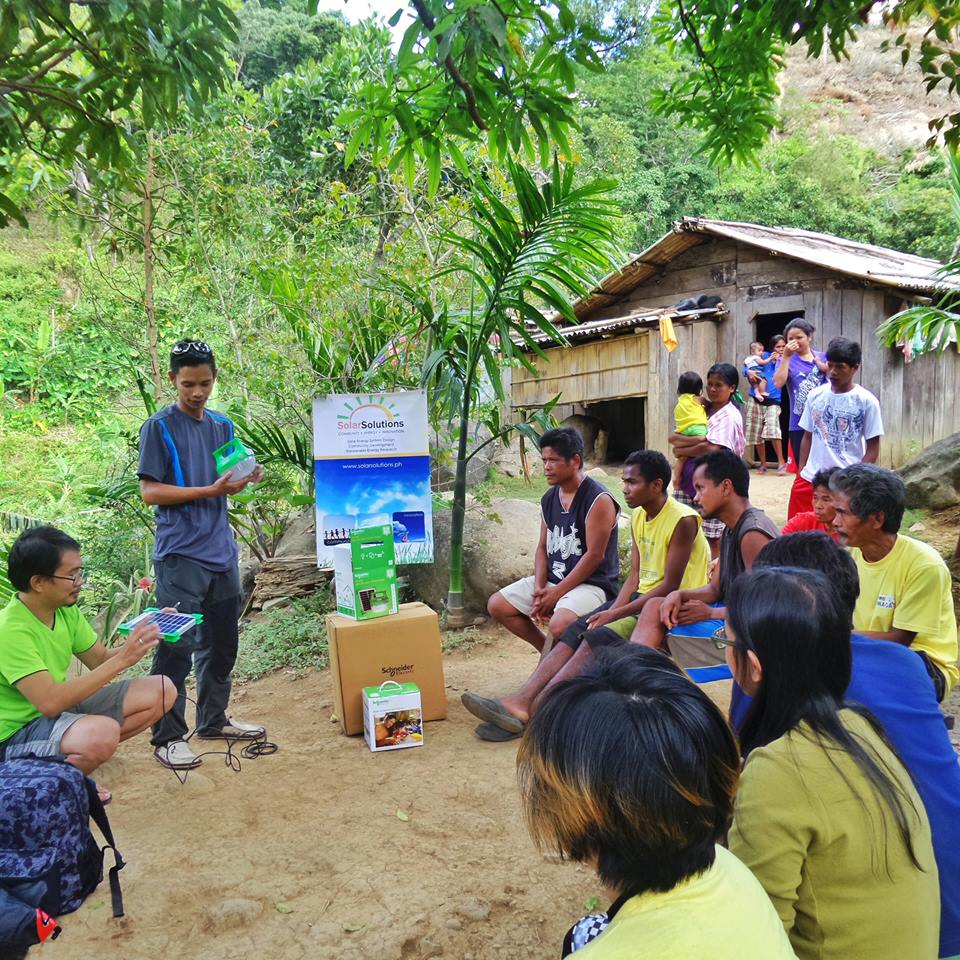 Light gives of itself freely, filling all available space. It does not seek anything in return; it asks not whether you are friend or foe. It gives of itself and is not thereby diminished. ~Michael Strassfeld.

Light is life, and in the dark, a flicker of light also means a flicker of life. This has been a personal realization during last weekend’s Give Light Project of Solar Solutions Inc., which was participated by a team from Micro Mission of Micro Sourcing, a company which specializes in setting up, hosting, and managing offshore operations in the Philippines on behalf of its clients from all over the world. The organization and some friends of Dr. Reese Macabebe had donated cash to purchase the energy efficient, eco-friendly and robust Mobiya Solar LED Lamp. Last weekend’s trip to Give Light benefited 15 individuals of Dumagats and Dumagat-Remontado Ingenious People’s group in sitio Tayabasan and Libis of San Ysiro, Antipolo City and Sitio Kinabuan of Brgy Sta. Ynez, Tanay. 12 of which was given to community members who has the dire need of light and 3 of which was given under the care of the chieftains of Tayabasan, Libis, and Kinabuan intended for Tribal and community related activities.

At Day 1 (Feb 7, 2015), the team meet up at Riverbanks Mall at around 5:30. Minutes after, the rented Jeepney were heading to Libis, San Ysiro. The team arrived at Libis around 8:00 and had to wait for the Recon team of locals from Tayabasan to help us carry the lamps intended for them and to serve as guides also. At 9:30, the team starts trek, trudging shaky bamboo brigades, vegetable farms and rice paddies, up and down hills, ravens, knife edges and bamboo grooves, water sources springs and rivers, crossing rivers stepping stone by stone, greeted by the sights of Brahminy kites (Lawin), cows, goats, pigs and unwelcoming dogs. After 2 and half hours, the team had reached its destination, the humble home of Dumagat/Remontado named Darius, in Tayabasan. Upon Arrival, we were offered with boiled Kamoting-Kahoy with salt and ripe Papaya, took later our packed lunch and when representative from Kinabuan arrived, we started our formal turn-over of the lamps. Only two beneficiaries arrived from Kinabuan and it was agreed that it will be given on another occasion.

The turn-over ceremony is simple and short. It was started with a short introduction of all present, then Rey Guerrero of Solar Solutions give a brief intro about Solar Solutions and the Give Light Project, then followed by a short introduction by Jackie Banzon, about Micro Sourcing, Ken Abellanosa of Solar Solutions gave a detailed orientation for proper care and use of Mobiya lamps, turn over proper and a short talks from recipients on lamp’s importance, relevance and use. After exchanging pleasantries, at near dark, the beneficiaries also went home, while the team had a short plunge at Tayabasan River. After the short excursion the team and the host prepared a sumptuous Binunyog – rice wrapped in Takbak leaves and cooked in bamboo tube and Tinolang native chicken. After dinner, the team, hosts and neighbors had socials, recalling pleasant memories, life struggles and hopes for the future.

Day 2 (Feb 8, 2015), started with a meal prep for breakfast, then meals at 8:00. The team left Tayabasan at 9:30 and arrives at Libis at 11:00. The team took a short rest while the host community prepared our lunch of Tinolang native chicken (again). We took our lunch at 12:00 and soon after, at 1:30, we started the short and formal turn-over for Libis benifeciaries. The formal turn-over took the same manner, but this time Solar Solution was introduced by Maam Reese Macabebe, Ateneo de Manila teacher and also a team member of Solar Solutions while Micro Sourcing was introduced by Aice Galon.

After the short turn over, while waiting for our ride going back home, we did a quick post-trip assessment of the activity and exchange ideas and concepts on how to promote the two team’s helping hand efforts in the future. (Photo Credits Jackie Banzon)

Find out more about our partner Microsourcing and the  projects their working on here.

RAK holds annual outreach for aetas of Tarlac. 36 households residing in an…

Working on Rizal Day, Solarsolutions, SolarSolutions Inc. and Bangon Bohol in partnership with MicroSourcing and…